Would you like to sponsor an episode? A series?

We'd love to hear from you : [email protected]
https://podcasts.ohr.edu/
Visit us @ ohr.edu

00:00 What is the classical understanding of the size of the letters in Megillas Esther before 1945?


04:10 Why couldn’t Gd just give us Israel uninhabited? Why did we have to fight for it?


13:32 Is there any issue with having a temporary bima in a shul?


19:13 How does it make sense that we’re commanded to love Hashem?


26:00 In terms of kavod of Torah and Beis Midrash, what’s halachically acceptable to help you stay awake or otherwise?


31:37 How do we understand the point of existence without having eaten from the Etz HaDa’as?


37:20 What is the importance of saying the recitation of Korbanos?


40:55 How should a mainstream Yeshiva handle a former Talmid who is mchalel mitzvos bfarhesia by leading a publicly homesexual lifestyle, but expresses a genuine interest in attending an alumni Shabbos and will actually keep that Shabbos properly. On one hand, this may send a bad message to the attendees and their kids, but on the other hand he will keep that Shabbos and will have a better shaichus to Torah. What should they do? Is it worth having him?


53:32 What exactly did it mean to learn Torah before Chumash and Mishna?


56:52 What was the source of Kabbalah before Chumash/Zohar?


58:55 How could Jews derive certain laws without the Torah itself?


1:03:16 What is the purpose of the activity of the deep ocean in relation to Jewish avoda?


1:09:32 How do we understand or accept the grandchildren of a Rasha teaching Torah?


1:17:40 Why do we sometimes switch Chazzanim at Yishtabach?


1:22:58 Why does Hashem put special needs children in the world?


1:24:48 What are the specifics of the cherem from the GRA to the chassidim?


1:32:34 If the GRA considers our universe absent of G-d, how would he see the idea of Hashem Echod?


1:39:57 Rav Breitowitz talks on a question from last week regarding someone’s mission in life vs. learning Torah. 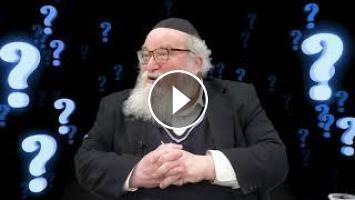 Rabbi Yitzchak Breitowitz Would you like to sponsor an episode? A series? We'd love to hear from you : [email protected] https://podcasts.ohr.edu/ Visi...