Spatial Structure of the Spheres

Short Summary: The manifestation and internalization of the energies within the containers are also the cause of the parameters -- higher and lower -- which define the ten spheres.

Chochma, due to its microscopic container -- a mere point -- contains an abundance of energy. Its container is very close to the energy. In binah, with its substantial and expansive containers (that allow for the elaborate comprehension of the concept), the energy is diminished. The comprehension of binah conceals the concentrated intensity of chochma. Lower than that -- in za'ir anpin (z"a), the emorions, and even more so in malchus, the primary location of the containers -- the energy is greatly diminished.

This is the meaning of the Mishne: "A hundred-year-old is as one who has died and passed away and has been negated from the world" -- how is this consistent with the previous stages which are all progressive elevations in the human condition? "One hundred" refers to the highest spiritual level (in keter), which one reaches after progressing through the previous levels. After refining and negating the seven emotions of the animal soul, which is completed by age 70, one reaches a spiritual state "as one who has died" and can see the Divine essence. In the future, "a young man... at the age of a hundred" -- young with minute energy will elevate to the level of hundred (keter), higher than the elder and the sage.

Sources: Explanation of the Mishna about the hundred year old - Ohr Hatorah Chayei Sarah 110b.
Methodology: This chapter offers us a beautiful example how Chassidus enhances Kabbalah, and indeed, as the Rebbe MaHarash says: People think that Chassidus is an explanation of Kabbalah; in truth, Kabbalah is an explanation of Chassidus (see Inyoneh shel Toras HaChassidus footnote xxx): Kabbalah alone defines the spiritual structure of the higher worlds (as cited in this chapter), but only by studying the Chassidic explanation and application in the preceding chapter can we appreciate 1) the practical meaning of the way energies and containers interact with each other, 2) how they undergo gradations, as they evolve from higher to lower, 3) their parallel in -- and thus relevance to -- our human faculties, 4) their application in our lives.

Points to consider: We see here the focus of the Rebbe Rashab on the power of youth -- that in the future the young will elevate to the level of hundred (keter), higher than the elder and the sage. As it says that the youth will put the elders to shame (Soteh 49b), which is interpreted here in the positive! Consistent with the fact that the Rebbe Rashab established (in 1897) Yeshivat Tomchei Temimim, to educate, train and produce young soldiers to fight the soiritual battels to come (see the Rebbe Rashab's classic talk titled Kol Hayotze l'Melchomos Beis Dovid 1900). Prior to the Rebbe Rashab the central court pf the Rebbes was dominated by elder Chassidim. The Rebbe Rashab was the first to empower the youth, with the establishment of the Yeshiva, and the personal attention he paid to the students, training them to become leaders.

Most fascinating is that this youth revolution spawned by the Rebbe Rashab was launched at the beginning of the 20th century -- decades before the youth revolutions of our times -- preparing the ground to train thousands of young spiritual soldiers, who today cover the earth bringing light and soul to their communities. The Rebbe Rashab, like a true visionary, anticipated the radical changes that would alter the world's landscape. And as such, over a century ago planted the seeds to train an army of the young, which would blossom into the present Rebbe's army of shluchim.

Spatial Structure of the Spheres 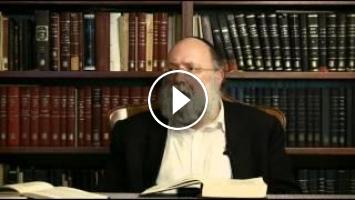