Rabbi Rubinstein was born in Glasgow, Scotland and moved to England when he was twenty. He studied in the world renowned Gateshead Yeshiva for seven years and a further three years in Liverpool Kollel ( just at the top of Penny Lane!)

Before moving to the US in September 2011 he was a familiar figure on National BBC TV and Radio being a regular on several programs, including the “Terry Wogan show” with 15 Million listeners and BBC World Service with a minimum audience of 156 Million. Her Majesty the Queen asked to meet him declaring that he was, “Awfully good.”

His media work has been varied and eclectic. He was a regular contributor to BBC Radio 4 on their flagship news program “Today” as well as a being regular on Radio 4’s “Beyond Belief” which tackled some of today’s thorniest moral and religious issues. He wrote and presented “Sunrise Sunset” on BBC Radio 2, a guide to Jewish life from cradle to grave. For BBC TV he featured alongside the likes of John Cleese on the “Everyman” TV show’s fiftieth anniversary edition on “Religion and Humor” and co-wrote and starred in “Keep Taking the Tablets” for BBC TV.

With his Scottish accent, he combines a keen sense of humor with a sharp intellect. This combination allows him to comment on serious issues affecting the Jewish community specifically, as well bringing a Jewish perspective to moral and ethical discussions on topics that affect everyone. He is well known for having a gift to bring obscure Jewish ideas and practice to life through simple and clear explanation replete with laughter too. Rabbi YY has sometimes been described as a “Kosher” Craig Ferguson, a fellow Scot.

He is an Orthodox Rabbi whose religious views are traditional and political views are moderate and wrote the description of Orthodox Judaism that appears on the BBC’s Religion and Ethics website and is working with the BBC on developing a program about his move to New York. The working title is “Brooklyn…the other Israel.”

He is the Author of ten books on various Jewish and general themes from helping people dealing with serious illness to a comedy called, The Queen’s Lives: The secret diaries of Queen Elizabeth II” available on Amazon. It was released in Paperback in the UK, November 2016.

He published two books further in 2016. “Refuas HaLev” is a new translation and elucidation of the classic, Chovos HaLevovos. “Jewish Life and Jewish laughter” follows the life cycle of a Jew with lots of laughter along the way. Both are published by “Israelbookshop.com”
His latest book was published in summer 2018, “Building Tomorrow…Sinas Chinam… How it starts … How it spreads… and How to get rid of it for good” addresses conflict between Jews both at the personal and communal level.

Rabbi YY writes regularly for several Jewish newspapers in the United States and UK, including HaModia, The Jewish Press, Jewish Tribune and others

Rabbi YY has written regularly for several Jewish newspapers in the States and UK, including HaModia, The Jewish Press, Jewish Tribune and others. He is a regular columnist for the world’s largest circulation Orthodox newspaper, “Hamodia.”

From over 600 Lectures, topics include:
My Plane crash and other interesting flights I have taken!
True love – how to find it and how to keep it.
How laughter gets us through the tough times.
Why do very bad things happen to very good people?
Dreams and Dreamers… What does Judaism say about dreams?
Recovering from Humiliating, Boneheaded failures! 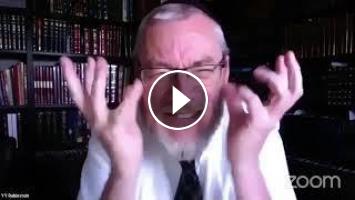 Rabbi Rubinstein was born in Glasgow, Scotland and moved to England when he was twenty. He studied in the world renowned Gateshead Yeshiva for seven y...