Register with E-mail
Facebook Twitter Google
New Essays:
Modesty or The Holy Scroll   ||   Why should I keep Shabbat? || CoronaVirus or What Is G-d Trying To Tell Us?

Why Was Pharaoh Blown Away by Joseph?

Finding the Solution within the Problem


Pharaoh, the king of Egypt, has two dreams. In the first, Pharaoh sees himself standing over the Nile River, and then, seven fat cows emerge from the river followed by seven thin cows. The thin cows proceed to swallow the fat ones and yet remain just as thin as before. In his second dream, Pharaoh sees seven thin, shriveled ears of grain swallow seven fat ears of grain. None of the wise men of Egypt can offer Pharaoh a satisfactory interpretation of his dreams. Finally, Joseph is summoned from his dungeon, he interprets the dreams to mean that seven years of plenty, symbolized by the fat cows and fat grain, will be followed by seven years of hunger, reflected by the lean cows and the shriveled ears. The seven years of famine will be so powerful that they will "swallow up" and obliterate any trace of the years of plenty. Joseph then advises Pharaoh to prepare for the looming crisis by stockpiling food during the years of plenty and then rationing it out during the famine.

Pharaoh is blown away by Joseph's vision. "Can there be another person who has G-d's spirit in him as this man does?"" he asks his advisors. He appoints Joseph viceroy of Egypt, and the rest is history.

A number of blatant question instantly emerge on this story: 1) Why did Joseph proceed to give Pharaoh unsolicited advice on how to deal with the impending famine? Pharaoh summoned Joseph, a slave, from the dungeon to interpret his dreams, not to become the advisor to the king!?" 2) Pharaoh was amazed by Joseph's interpretation of the dreams, which none of his own wise men could conceive. But Joseph's interpretation seems simple and obvious: When are cows fat? When there is lots of food. When are they lean? When there's no food. Why could no one else conceive of the same interpretation? And why was Pharaoh so impressed?" 3) Pharaoh was also thunderstruck by Joseph's solution to the problem of the famine. But one need not be a rocket scientist to suggest that if you have seven years of plenty followed by seven years of famine, you should store food during the time of plenty for the time of hunger. What's the genius in Joseph's advice?

Why Was Pharaoh Blown Away by Joseph? 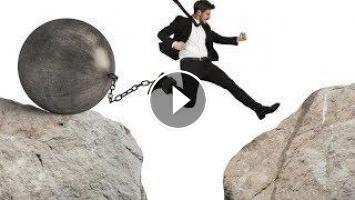 Rabbi YY Jacobson Finding the Solution within the Problem For Source Sheets: https://www.theyeshiva.net/jewish/155 Pharaoh, the king of Egypt, has two...