The Day that Nothing Happened


If the video is not playing, click here to reload it

Sometimes Doing Nothing can be the Most Strenuous Activity of All


"The 19th chapter of Exodus describes the final week of preparation for the reception of the Torah at Sinai. By analyzing the Torah's account, the Talmud pieces together the following chronicle of events for these six days, the 1st through the 6th of Sivan:" "Sivan 1: The day we arrived at Sinai: “Moses did not say anything at all to the Jewish people, since they were weary from the journey.” " "Sivan 2:At dawn, Moses ascends Mount Sinai. He brings back the following message from G-d: “You have seen what I have done to Egypt, and how I bore you upon the wings of eagles and brought you to Myself. Now, if you will obey My voice and keep My covenant, you shall be My chosen treasure from among all the nations, for all the earth is Mine. You shall be to Me a kingdom of priests and a holy nation.” With these words, G-d expressed His desire that we become His “chosen people.” The day is accordingly marked in our calendar as Yom HaMeyuchas, “The Day of Designation.”" "Sivan 3: G-d commands Moses to fence in the mountain, marking the boundaries where everyone is to stand when G-d reveals Himself upon the mountain and gives them the Torah. Moses may approach closer than Aaron, who may approach closer than the kohanim (priests), who may approach closer than the rest of the nation. " "Sivan 4: The Jewish people are told to purify and sanctify themselves by suspending marital relations and immersing in a mikveh, a ritual bath. Sivan 5: Moses builds an altar at the foot of the mountain and seals the covenant between G-d and Israel. The entire people proclaim, “All that G-d commands, we shall do and we shall hear (comprehend).” " "Sivan 6: The Giving of the Torah: “When morning came, there was thunder and lightning, and a thick cloud upon the mountain... The voice of the shofar sounded, growing stronger and stronger... G-d descended upon Mount Sinai ... and spoke the following words, saying: ‘I Am G-d your G-d, who has taken you out of the land of Egypt…’” " "But there is something strange: From the moment that Moses brought them word of the promised redemption, the Jewish people awaited the revelation at Sinai. From the day they left Egypt, the Jews literally counted the days to the morning on which they would behold the reality of G-d and be granted the liberating truth of truths. In light of this, the events—or rather, the non-event—of the 1st of Sivan is most difficult to understand" "This was the day on which “Moses did not say anything at all to the Jewish people, since they were weary from the journey.” But human nature is such that the closer one comes to an anticipated point in time, the stronger one’s yearning and desire becomes. Why, after six weeks of anticipation and preparation for the great day, would everything screech to a halt merely because the Jewish people were “weary from the journey”? Why would they not do “anything at all” in preparation for their receiving of the Torah, on the very day on which they arrived at Mount Sinai?" "This class will take us on a journey onto the essence and meaning of Torah. What exactly occurred at Sinai? Why is the study of Torah considered the highest ideal? Then we can discover how the silence on the first day of Sivan actually constituted the deepest preparation for Sinai. It was the silencing of the Jewish mind to absorb the gift of infinity."

The Day that Nothing Happened 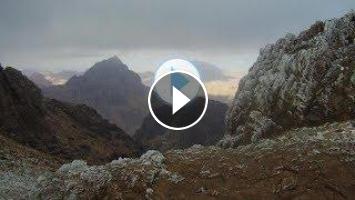 Rabbi YY Jacobson Sometimes Doing Nothing can be the Most Strenuous Activity of All "The 19th chapter of Exodus describes the final week of prepa...