What is the Name of Moshiach?

Order your copy of Rabbi Raskin's #1 Selling Book "Letters Of Light". There are only a few copies left.

What is the "Letters of Light"?

This book, on mystical Hebrew letters, unleashes the most sought after secrets of the "Law Of Attraction" in the entire universe.

These secrets are used by the most affluent and influential leaders in the world and have been used by world leaders for over 5,102 years including Moses, Aristotle and Alexander The Great... and have been the foundational pillars of the Jewish religion.

Rabbi Raskin came to Brooklyn Heights in September of 1988 to co-found Congregation B'nai Avraham and to serve as its spiritual leader. As an emissary of the Lubavitcher Rebbe, he inspires his community, including many prominent judges, lawyers, doctors and community leaders, with his elegant, and poignant ethical and spiritual guidance.

Many leading publications have profiled Rabbi Raskin, including National Geographic, The New York Times, and The Jerusalem Post.

Rabbi Raskin has spoken on five continents, and teaches frequent classes on a variety of topics. More than 150 classes have been recorded and webcast on Jewish.TV; these attract thousands of viewers worldwide each week.

He, his wife Shternie, and children live in Brooklyn Heights, NY.
---

CONNECT WITH THE RABBI

What is the Name of Moshiach? 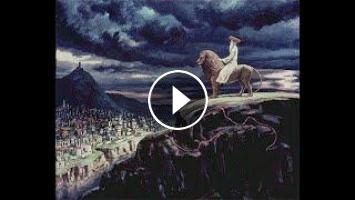