What Are the Grounds for Divorce?

The Talmudic Version of Romance

"Divorce is a fact of life, especially in today’s culture. But what are the grounds for divorce? When do you know it’s time to throw in the towel and just give up?" """It will be if she does not find favor in his eyes, for he found in her an unseemly [moral] matter, an ‘ervas davar,’ then he may write a divorce."" (Deuteronomy 24:1.) But what does this mean practically? The Mishnah at the conclusion of Tractate Gittin quotes a three-way dispute between the school of Shammai, the school of Hillel, and Rabbi Akiva. Bais Shammai—known for their strict opinion in most matters of Jewish law—say that divorce should only occur over a matter of immorality; only if the marriage has been betrayed by infidelity are there grounds for divorce. (Even then, the rabbis say, one must investigate the matter very carefully and not act impulsively.)" "Bais Hillel—usually known for their leniency—say that divorce is permitted “even if she burns his dish.” You come home and the soup is burnt, the rice is sticky, the steak is black—that is already grounds for divorce. Comes Rabbi Akiva—whose devotion and gratitude to his wife Rachel was legendary—and says that even if a man just finds a more beautiful woman, he may divorce his wife." "We can understand the first opinion. But the other two opinions seem incomprehensible. Your wife burns the meatballs, and you divorce her? This might work for the Hollywood Code of Ethics, but not for the Sages of the school of Hillel!?" "The commentators explain that they were referring to a woman who intentionally burns her husband’s food just to torture him. Ok, granted. But how can we justify Rabbi Akiva’s opinion? You are walking down the street and you see a better-looking woman, now you may go home and get divorced? And this opinion is coming from one of the greatest sages of all times, Rabbi Akiva! Rabbi Akiva, a man who once pointed to his wife in front of 24,000 students and announced, “Whatever I have and whatever you have, it is all to her credit.” How could he say that one can get divorced if he finds a more beautiful woman?" "In truth, we are given a glimpse here of the Talmudic version of relationships and romance, and it is far beyond our own paradigms. For this we must understand that divorce occurs on two levels, the inner and the outer, and the Sages are addressing primarily the inner mechanisms of divorce"

What Are the Grounds for Divorce? 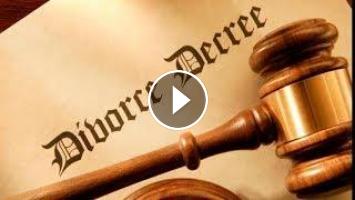 Rabbi YY Jacobson The Talmudic Version of Romance"Divorce is a fact of life, especially in today’s culture. But what are the grounds for di...