Rabbi Twersky hails from the well-known hasidic family of Chernobyl. His grandfather was the Rav, Rabbi Joseph B. Soloveitchik.

Rabbi Twersky attended the Maimonides School in Brookline, which his grandfather founded, through high school. He then attended Harvard College, while studying Talmud privately with his grandfather. Following college, he studied for rabbinic ordination at RIETS. He eventually became a teacher in the Yeshiva University High School for Boys and later a lecturer at RIETS.

From the center of the world and the city that unifies all Jews, Yeshivat Hakotel is proud to present an unprecedented Pre-Shavuot Worldwide Achdut Program. Visit vayichan.com for more info! 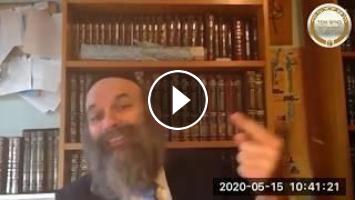