The Power of Asking Questions

Originally from London, England, Rabbi Lawrence Hajioff has a degree in political science from Manchester University. After working for two years in news production, with a stint at MTV, Rabbi Hajioff traveled to Israel and then Monsey to receive his rabbinical degree.


He has worked extensively with young Jewish drug addicts, and in 2004 received an award from the Town of Ramapo for his work on their behalf. In 2006 he received the "Professor of the Year" award in Jewish Studies from the senior year students at Stern.


Rabbi Hajioff also works for Birthright Israel Next in New York as their official rabbinical advisor. He has been teaching on the Mechina program at Stern for the past 6 years. This program includes Shabbatonim on and off campus, and a summer learning program in Israel at the YU campus.

The Power of Asking Questions 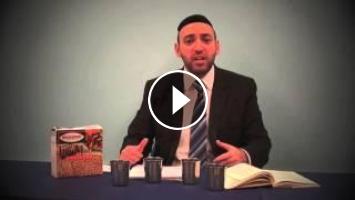