Register with E-mail
Facebook Twitter Google
New Essays:
Why men are obligated to light the Chanukah candles? || Modesty or The Holy Scroll

The Tragedy of Strife


"“If a matter eludes you in judgment, between blood and blood, between judgment and judgment, or between lesion and lesion, words of dispute in your cities, then you shall rise and go up to the place the Lord, your G-d, chooses,” states the Torah in Deuteronomy in the portion of Shoftim. " "The greatest Kabbalist in Jewish history, Rabbi Isaac Luria (16th century), interprets this verse to be addressing the historical enigma of the disproportionate suffering of the Jewish people; suffering which seems to be in complete contrast to the systems of justice G-d Himself established in the Torah! He explains that this is all caused by the quarrels, strife, and dissension among Jews themselves. This class explores the tragedy of strife and explains the extraordinary blessing when there is unity and love." "The Midrash makes a powerful contrast between two biblical generations of Jews, one pagan and the other monotheistic. The generation living during the reign of the evil King Achav was full of pagan idol worshippers. Yet, these sinful Jews were victorious in their wars against their enemies. Why? Because of their mutual accord and respect; they learned to like each other and get along." "On the other hand, the generation of Jews living during the reign of King David was very religious and observant, clinging ferociously to the Jewish faith in a single universal G-d. Yet they died in war. Why? The sages say, because they despised and informed upon each other. The ultimate test for the integrity and spirituality of a human being in Judaism is not in one’s scholarship, faith or religious observance, but in our capacity to love the stranger, to transcend the ego, and to escape the traps of divisiveness and hate. " 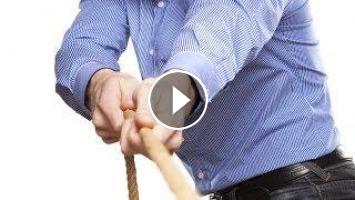 Rabbi YY Jacobson The Tragedy of Strife For Source Sheets: https://www.theyeshiva.net/jewish/126 "“If a matter eludes you in judgment, between bl...