The Root and Essence of all Envy

“One-Hundred Deaths, Rather Than One Pang of Jealousy,” Moses Declared. The Root and Essence of all Envy.

"Moses’ end was drawing near. G-d had commanded him that he was to pass on the mantle of leadership to his devoted disciple Joshua, the man who ‘never left Moses’ tent.’ The Midrash tells us that it is at this historic moment that Moses turns to G-d with a surprising request. ‘I know that I am not destined to lead the nation into Israel. But let me enter not as a leader but as a follower! Let Joshua take my place, but let me live!’ G-d, the Midrash continues, granted Moses’ request." "What happens next is astonishing: The Midrash tells us that Moses became jealous of Joshua. He could not bear being deprived of the Divine revelation that was now exclusively his student’s! Moses tells G-d: ‘I prefer one hundred deaths over one pang of jealousy!’ G-d again grants his request, and Moses passes away." "We have to understand: What does it mean that ‘Moses became jealous’? Moses was the one who had declared, ‘If only all the people would become prophets!’ And of his dearest student Joshua? The Talmud tells us that one can be jealous of anyone except his own son or his own student!? We find that Elijah happily granted his student Elisha double his prophetic spirit? And from all people Moses, ‘the most humble human being on earth!’" "This class will explore the spiritual and psychological roots of jealousy and its results, and show the deeper perspective on just what it was that Moses was refusing. We will understand the real difference between the leadership of Moses and the leadership of Joshua, and how this was reflected in their personalities and in their generations."

The Root and Essence of all Envy 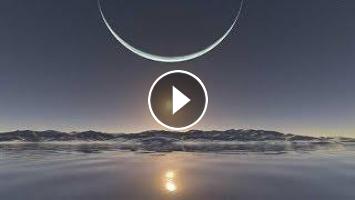 By Rabbi YY Jacobson The Day Moses Became Jealous “One-Hundred Deaths, Rather Than One Pang of Jealousy,” Moses Declared. The Root and Essence of all ...