A Destiny Production by Berel Wein

JEWISH HISTORY is integral to our understanding of the current rise in anti-Semitism and anti-Israel/anti-Western sentiments. Knowledge is power, and we believe that it will empower our members with the tools to dispel lies and myths about the Jewish people and Israel, to defend against baseless Jewish hatred and attacks, and to raise public awareness about the much overused but tactical accusations of Islamophobia.

According to Berel Wein, "Jewish history is a continuum and should be viewed in that context. To begin to understand any century of our history, we have to see the big picture, we have to see ourselves in an overview. Who are we? What is a Jew? What is our destiny? . . . How and why have we survived until today? The past is directly connected to our present, and both the past and the present, whether we understand it or not, will impact upon our future."

The following review of the film is excerpted from JewishHistory.Org:

FAITH AND FATE is the story of the Jewish People in the 20th Century. Perhaps no other century in human existence experienced the terrible and remarkable contrasts of the 20th Century. The century was heroic and tragic, progressive and reactionary, forward-looking, and frighteningly regressive – a century of contradiction, confusion, and massive change. Faith and Fate focuses on how all these events and occurrences impacted on one specific group of people – a people whose survival has defied the ravages and challenges not only of this century, but of the over 40 centuries that have led up to it. Rabbi Berel Wein will take you on a remarkable journey into Jewish history. Faith and Fate powerfully and emotionally tells the story of how the events of the century impacted on the Jews – and the impact the Jews had on the century.

As Rabbi Wein puts it, “What makes this series so unique is that it puts the Jewish history of the 20th century into perspective. We can see ourselves in the “big picture”, how we fit into nearly 4,100 years of Jewish survival. Who we are as Jews? How, and why, we have survived so long? What is our purpose? And what is our Jewish Destiny? It tells our children, and our grandchildren, that despite the tragedies, there are triumphs and that knowing where we come from will help us understand where we are going.” 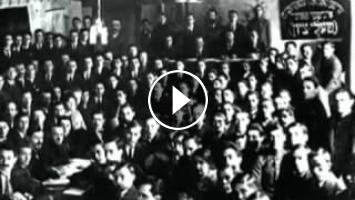 A Destiny Production by Berel Wein JEWISH HISTORY is integral to our understanding of the current rise in anti-Semitism and anti-Israel/anti-Western s...