The Story of Three Rebels: Reuven, Batya and Miriam


"We all know Moses for his phenomenal national accomplishments: He stood up to Pharaoh, brought the ten plagues, redeemed the children of Israel from slavery, split the sea, received the Torah, and talked ‘face to face’ with G-d." "Yet a fascinating Midrash tells us that Moses’ prolific career and great accomplishments actually started long before the Exodus, and even long before his striking an Egyptian who was beating a Hebrew. To be precise, Moses’ leadership began minutes after he was born, and climaxed moments before his death. And it wasn’t about saving the nation from slavery, transmitting the Torah, or talking to G-d. It was about his efforts to help and heal individuals and bring them the answers and comfort they are searching for. Moses’ life began and concluded in acts of outreach, and in each case, to a rebel." "There were three children who rebelled against their father: Reuben son of Jacob, Miriam daughter of Amram, and Batya daughter of Pharaoh. This class will analyze the different natures of their ‘rebellions’ and show how the greatest accomplishments in life are sometimes much less glamorous than we would have imagined. How the signs of a truly great man are found in his sympathy and sensitivity to the outcast." "The class will teach us who invented the term “kiruv rechokim,” bringing close those who are distant, and the work of “kiruv” began by Moses but completed only by the Moshiach." 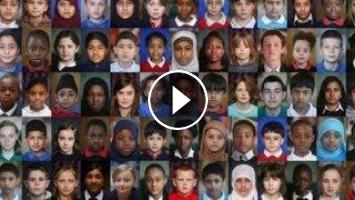 Rabbi YY Jacobson The Story of Three Rebels: Reuven, Batya and Miriam For Source Sheets: https://www.theyeshiva.net/jewish/128 "We all know Moses...