The Controversy Over Maimonides

The works of Maimonides did not receive universal approbation. There were many that disagreed with his philosophy and they disagreed with his use of philosophy to explain Torah. There were others who disagreed with his temerity in codifying the entire Torah. And, there were those that were small-minded and jealous of his success and influence. Because of this, during his lifetime, he was so great that they were afraid to attack him head on. But after his death, for the next 50 years there raged a tremendous battle between those that were pro-Maimonides and those that were anti-Maimonides. The anti-Maimonides people went to great lengths to discredit him. Finally, in their religious zeal, they informed the Catholic Church that Maimonides had written anti-Catholic, anti-Christian works. The Church took all of the books of Maimonides that were present and burned them. When that happened, the Jewish world recoiled in horror. King Louis IX of France burned all the copies of the Talmud, basically saying, if you can burn one book, you can burn all the books. Maimonides came out of this unscathed. His reputation exists for all generations. He wrote himself in a personal letter that "time will pass,...all of..the jealousies, and pettiness of the generation will go to the grave with them and then the books will have to stand on there own. Either they will be accepted or not."

Jewish history has proved not only the acceptance of the books and the acceptance of Maimonides as the chief codifier of the Jewish law but of his greatness, his nobility and his eternal influence on Judaism. He also influenced the world generally. He wrote treatises on medicine, on pharmacology. His philosophy was studied. The Church itself translated many of his works and adopted them and adapted them. Maimonides died in 1204 but he lives on forever in the hearts and minds of the Jewish people.

The Controversy Over Maimonides 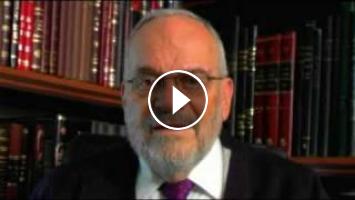 Rabbi Berel Wein The works of Maimonides did not receive universal approbation. There were many that disagreed with his philosophy and they disagreed ...