The Jew vs. The World

We find contradicting perspectives on Jacob’s approach. Sometimes the Midrash and commentators seem to criticize Jacob for displaying subservience to Esau, going so far as to say that “Jacob awakened a sleeping robber,” and that it was his display of subservience that actually empowered Esau. After twenty years of working for Laban, Jacob begins his journey home, and now must confront the brother that he fled from so many years ago, Esau. Jacob chooses to initiate the meeting, and reaches out to Esau, sending messengers to ask for his favor and forgiveness. He also prepares an elaborate gift of herd after herd of sheep, goats, cows, donkeys, and camels. Then when Esau approaches Jacob shows him respect and humility, actually bowing down seven times.

But other times we find that great Rabbis learned and emulated Jacob’s example in their own dealings with non-Jewish authorities. Indeed, in the time of the Second Temple, the Rabbis advocated surrender to the Romans and felt that it would have even prevented the destruction. How are we to reconcile this? And today, especially after the establishment of the State of Israel, the question is as relevant as ever: Do we compromise, or do we resist? Do we accommodate and adapt, or do we hold strong unflinchingly? Do we seek the favor of the world in which we live, or do we disregard its opinion? When do we surrender, and when do we rebel?

This class will navigate this fine line between self-assertiveness and self-effacement, and define clearly when a situation calls for one and when it calls for the exact other. We will travel through some of the most historic eras of Jewish history: the times of King Achaz, the prophet Achiya Hashiloni, Rabbi Judah the Prince, and Rabbi Yochan ben Zakkai. We will see the decisions that were made then, and then, in hindsight, discuss the results.

The Jew vs. The World 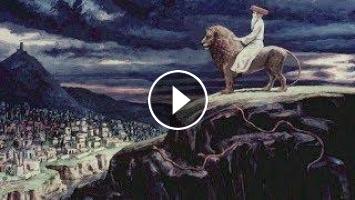 Rabbi YY Jacobson How Much Do We Compromise? How Much Do We Resist? For Source Sheets: https://www.theyeshiva.net/jewish/151 We find contradicting per...