How to Give Charity on Purim & All Year?

The Perfection of Imperfection: The Secret of Matanos L'aevyonim


The most special of the four mitzvos we are obligated to do on Purim—listening to the Megillah, sending gifts of food to a friend, and enjoying a feast—is “Matanos La’evyonim,” giving gifts to the poor. Yet there is something amiss here: Why did the Bible, in the book of Esther, as well as the all of the Talmudic and halachik literature, designate the term “matanos laevyonim,” gifts to the poor, rather than use the standard version—“tzedaka laevyonim,” charity to the poor?

The Talmud relates that G-d says He needs an “atonement” every month for diminishing the moon. If G-d feels guilty why does he not repair His actions? But how can G-d even do anything “wrong?”

According to the Midrash, King David requested from G-d to streamline the entire world. David said: Master of the universe! Let everyone sit equally before you, both the rich and the poor. Let all people have equal means. Imagine! Thousands of years before Karl Marx, King David could not understand why is our world divided between the rich and the poor?

The handicapped young man was abandoned by his parents as an infant. He has never seen them or spoken to them. After 30 years he finally met them. These were his words: “Mumma, Puppa… I, I am not perfect. You, too, you are also not perfect. I have forgiven you. Can you forgive me?”

How to Give Charity on Purim & All Year? 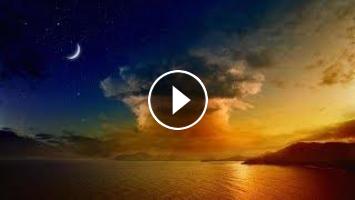 Rabbi YY Jacobson The Perfection of Imperfection: The Secret of Matanos L'aevyonim The most special of the four mitzvos we are obligated to do on Puri...