Register with E-mail
New Essay: The Wisdom of the Jewish Sage

The Secret of Contradictions

Support Shiur.com by Shopping at:

The Tragic Music of Ambivalence

"The shalsheles is an unusual note. It goes up and down, up and down, as if unable to move forward to the next note. It was the 16th century commentator Rabbi Joseph Ibn Caspi (in his commentary to Bereishis 19:16) who best understood what it was meant to convey, namely a psychological state of uncertainty and indecision. The graphic notation of the shalsheles itself looks like a streak of lightning, a ""zigzag movement,"" a mark that goes repeatedly backwards and forwards. It conveys frozen motion - in which the agent is torn by inner conflict. The shalsheles is the music of ambivalence." "The Torah does not have a word for ambivalence. It does, however, have a tune for it. This is the rare note known as the shalsheles. It appears three times in Bereishis, each time at a moment of crisis for the individual concerned. In each case it signifies an existential crisis. The agent is called on to make a choice, one on which his whole future will depend, but he finds that he cannot. He is torn between two alternatives, both of which exercise a powerful sway on him. He must resolve the dilemma one way or another, but either way will involve letting go of deeply felt temptations or deeply held aspirations. It is a moment of high psychological drama. Understanding one’s deepest conflict reveals the essence of their personality. This class will analyze three personalities: Lot, Eliezer, and Joseph (order of appearance) and demonstrate the crucial struggle of each, immortalized in synagogues until today with the remarkable tune of shalsheles. We will also seek to understand the shalsheles’s fourth and final appearance in Vayikra 8: 23, in the middle of a discussion of sacrifices.

The Secret of Contradictions 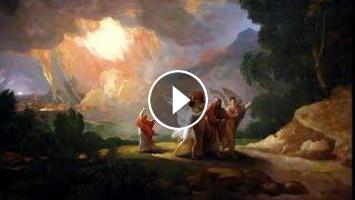 Rabbi YY Jacobson The Tragic Music of Ambivalence For Source Sheets: https://www.theyeshiva.net/jewish/142 "The shalsheles is an unusual note. It...