Register with E-mail
New Essay: Why should I keep Shabbat?

Support Shiur.com by shopping at:

In the opening of this week’s portion, Vaeira, G-d tells Moses: "I, too, have heard the moans of the children of Israel, from the slavery that the Egyptians are enslaving them, and I remembered My covenant.”

The verse is raddled with questions. First, what is the meaning of the words “And I too have heard the moans?” Second, the words “from the slavery that the Egyptians are enslaving them” seem superfluous. Finally, we are puzzled by the final words of the verse, “and I remembered My covenant,” as though to say that if not for the outcry of the children of Israel He might have not remembered His covenant.

Today we will share an incredible insight by one of the greatest Kabbalists of all time, Rabbi Shimson of Astropole, murdered by the Cossacks in 1648.

Rabbi Yochanan, compiler of the Jerusalem Talmud, was one of the greatest teachers of the Talmudic era. Living an extraordinary long life, from 180 CE till 279 CE, one century after the destruction of the second Temple, his teachings are studied in depth to this very day, His life was also filled with enormous pain. His father died before his birth, and he was orphaned of his mother soon after. Tragedy would mark the rest of his years with the death of each of his ten children in his lifetime. And yet this great man never lost his equilibrium, his faith, optimism, joy and focus. He was a master, a teacher, a leader and a spiritual giant.

In one place in Talmud, Rabbi Yochanan discussed pain. And when such a man discusses pain, we ought to listen. Pain, he taught, elevated a human being to a unique plateau. People in pain live in a different realm. Their perspectives on life, death, love, meaning, truth, faith profess a depth and sensitivity of different proportions than the rest of humanity.

Yet, while Reb Yochanan compared pain to the tooth and eye of the slave, Reish Lakish compared pain to salt. The disagreement is profound. Pain transforms people forever. It takes them to places the rest of us never visit. But does this demand of them that the pain has a purpose? This was the great argument between the two Talmudic sages. In Egypt, G-d embraced one opinion.

We often look at our generation and wonder how can Moshiach come to our generation, seemingly so lowly and distant? We fail to recognize, the incredible holiness embedded in our people as a result of all the pain our people has endured. We are ready and worthy of Moshiach. 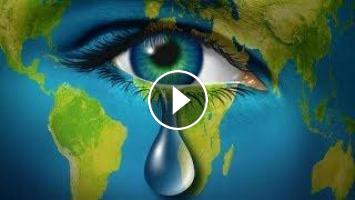 Rabbi YY Jacobson Two Sages Debate the Meaning of Pain--and G-d's Verdict For Source Sheets: https://www.theyeshiva.net/jewish/2646 In the opening of ...